This morning, we are featuring a young adult, fantasy novel in our book spotlight.  Check out At Water's Edge, the first book in The Water Rushes series.  Take a few minutes to learn about bestselling author, S. McPherson and be sure to enter for a chance to win a $10 Amazon gift card and a copy of the 2nd book in The Water Rushes series in the book tour giveaway at the end of this post. 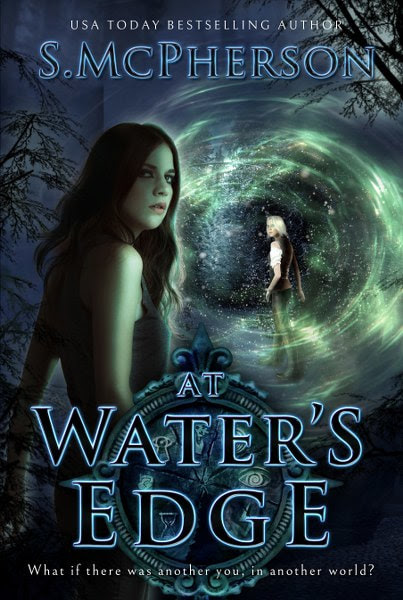 Magic. Romance. Portals. And war. Perfect for fans of The Mortal Instruments, Red Queen and Twilight.

What if there was another you, living in another world?

Seventeen year old, Dezaray Storm is blamed for the death of her parents, hated by her brother and secluded from her friends, but that doesn't stop her from believing in magic.
Visions of the future, mysterious cloaked figures and a handsome stranger with the ability to teleport, lead to Dezaray tumbling through a portal and into another world where she is mistaken for its most powerful sorceress and saviour.
But in a twisted turn of events, the true sorceress ends up lost in our world, wandering the streets of England with a broken device and the whisper of forgotten magic to guide her. The realm of Coldivor is on the brink of war, its enemies grow restless and its shadows have eyes. Only the true sorceress can help tip the scales in their favour and the two girls must trade back before their 18th birthday when the war that could shatter both realities, will rage.
For a tale of misguided and powerful heroines, finding yourself in the midst of chaos and discovering secrets laid to rest, read AT WATER'S EDGE, a young adult epic fantasy that readers are comparing to Cassandra Clare, Sarah J Maas and Victoria Aveyard.

Buy the Other Books of The Water Rushes series

Caught in the Ripples (Book 2)
Amazon 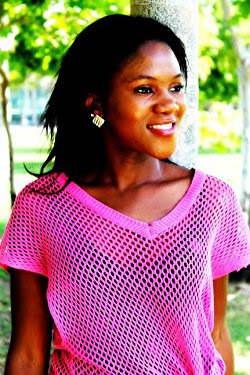 USA Today Bestselling Author & a citizen of the world; S. McPherson was born in England, moved to Saudi Arabia when she was five then on to Dubai at the age of seven. S. McPherson briefly lived in Scotland, she is originally from Jamaica and her mind is often far, far away in lands people have never heard of.

S. McPherson has always loved writing in all its forms and at the tender age of eight, she dreamt of being a member of the next big pop group where she could sing and write songs all day. When that inexplicably fell through (how could she not be the next Beyonce??), she moved on to poems, scripts and eventually novels.

Having met many different people - imaginary and real - along her travels, S. McPherson has a vast array of characters buzzing in her head bursting to be let loose on a page or two of fantasy.

Follow the tour HERE for exclusive excerpts, guest posts and a giveaway!